Pawan Gaur, Lucknow: After the resignation of Swami Prasad Maurya in Uttar Pradesh, the Bharatiya Janata Party has changed its strategy for the Uttar Pradesh Assembly elections (UP Election 2022) amid the ongoing political upheaval. If sources are to be believed, Amit Shah is against the decision to cut tickets indiscriminately for sitting MLAs in the assembly elections to be held in Uttar Pradesh. It is believed that now the tickets of the sitting MLAs will be cut less than before and the seat of some MLAs will be changed and they will be contested from another seat. This decision of BJP will give relief to those MLAs whose leaves were about to be cut.

Earlier there was news that in the UP elections, about 100 sitting MLAs of Bharatiya Janata Party may be cut. It was told that this time the address of the sitting MLAs is going to be cut in more numbers (about 100), because in the BJP State Election Committee meeting, most of the people were seen in this side. However, to finalize the names of the candidates, Chief Minister Yogi Adityanath along with other state leaders reached Delhi on Tuesday with their recommendations for the first two phases of elections for western UP and attended a meeting with the top BJP leadership. took.

Earlier on Monday, a meeting of the BJP State Election Committee was held in Lucknow, the capital of Uttar Pradesh. In this meeting the names of the candidates were discussed. Based on the inputs of the meeting, sources had said that about 25 per cent of the faces of the sitting MLAs can be changed. But its final decision will be taken in the Central Election Committee meeting of the BJP, which is expected to be held this week. In this, the names of the candidates for the first, second and third phases will be discussed. But now the news has come that Amit Shah himself is against this strategy.

Bollywood 'Tarzan' Hemant Birje narrowly survived the road accident, along with his wife was traveling 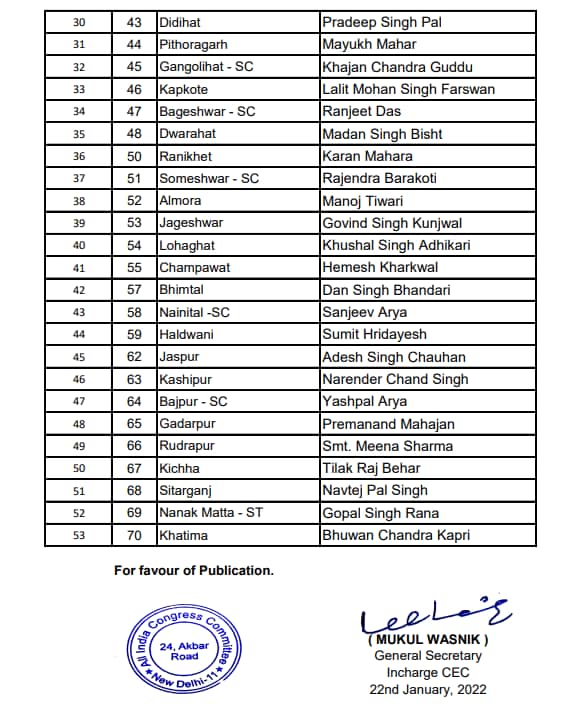