Rajsamand. Diya Kumari, BJP MP from Rajsamand, may face difficulties. A petition has been presented before the Rajsamand Chief Judicial Magistrate, in which Diya Kumari has been accused of presenting false affidavits and concealing facts. While hearing this matter, the court has ordered the police to investigate and submit their report by March 11. Petitioner Jitendra Kumar Khatik told that many facts have been hidden in the election paper presented by Diya Kumari at the time of election. Accused the MP that the family court of Jaipur has handed over the custody of the children to him, which the MP has hidden in his election paper. The petitioner alleged that the names in the voter list and ticket are different. Nomination serial number is wrong in nomination while it is different in affidavit also. His nomination should be canceled based on the directions of the Supreme Court.

The petitioner Jitendra Kumar Khatik had filed a petition in the court of Rajsamand Chief Judicial Magistrate. In the court, the Rajnagar police station was ordered to investigate 156/3 complaint. The Rajnagar police station investigated and submitted its report to the district superintendent of police, but the police cannot investigate against any public representative, so the district superintendent of police has sent the matter to CID CB.

Advocate Jitendra Kumar Khatik says that according to the law, the nomination number in the vote list and the affidavit should be the same, but Diya Kumari has presented it separately in both the places. The petitioner has also accused the District Collector of finding the wrong nomination papers to be correct in the investigation.

CID CBI investigates against any public representative, in such a situation, CID CB has to present its report in the court by March 11. If these allegations are found to be true in the court, then according to the rules of the Supreme Court, the election of MP Diya Kumari can also be canceled. 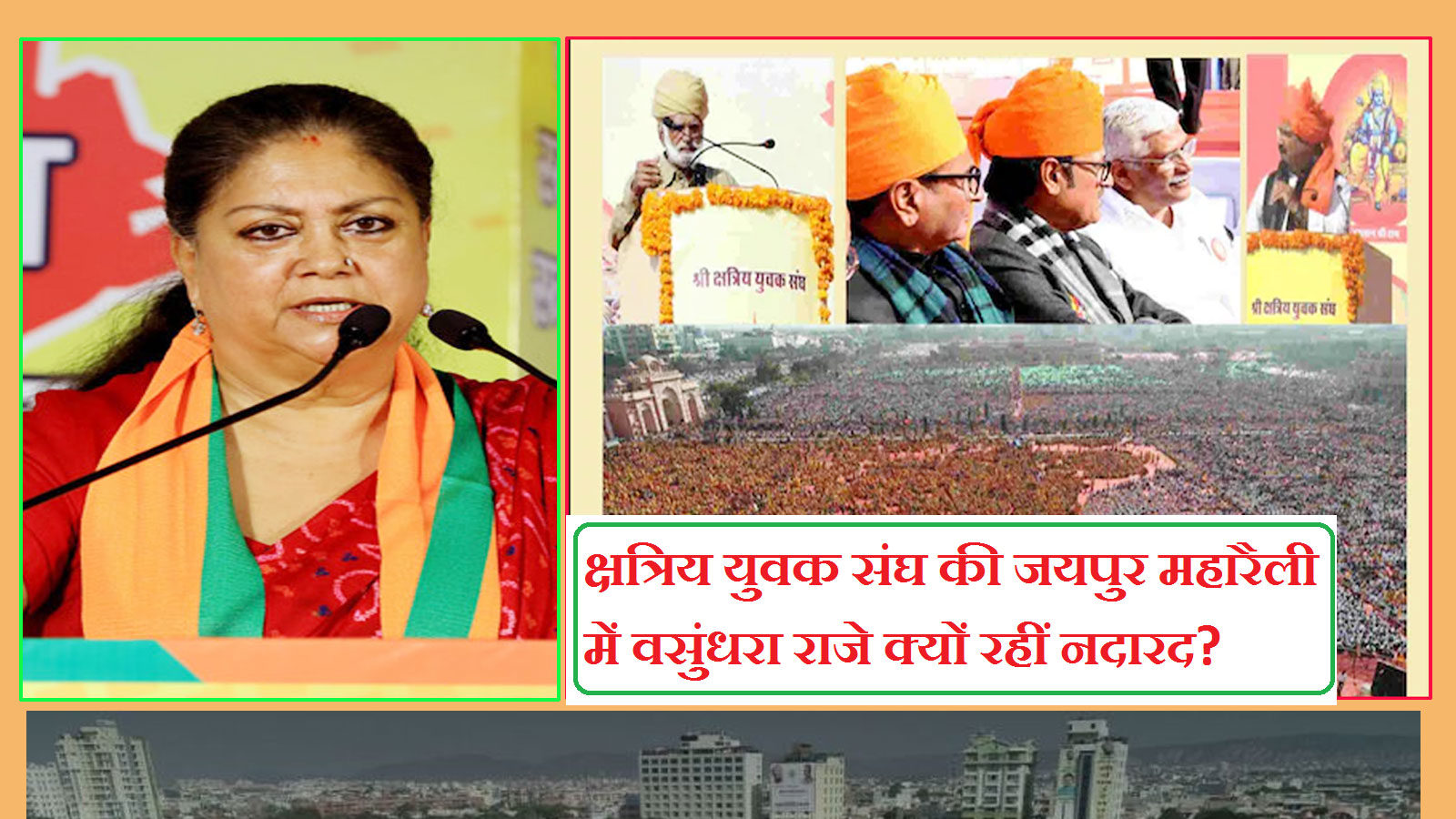 Explained: Why Vasundhara Raje was absent…